that should be sweet. The more i see these trucks, the more I want a set of stacks for mine.

Accomplished a huge milestone after a couple weeks of hand-wringing and issues. Resolved the leaky carb with new set of gaskets (spacer, base and bowl cover) and also gave the carb the once over to make sure all the internals were good before sealing it up. Which was good because I noticed two big things...one of the metering rods was missing and the other one wasn't in it's hole in the bowl so the metering rod tee was stuck in the open position (shakes head). Also looked like one of the bowl may have been misaligned.

After putting the carb back on it still didn't have much power and was still pinging under load. After working with timing and other carb settings, I decided to pull spark plug wires to see if it wasn't firing on all cylinders. It wasn't. I pulled all 4 wires from the left bank (2,4,6,8) and there was no change in idle. Poked around with that for awhile; had spark and plugs were good (albeit absolutely clean), checked carb more for fuel related issues...opened oil filler cap while engine was running...the rockers were barely moving, I didn't torque them down, all the bolts had loosened. I'm pretty surprised because I made a mental note to never trust myself while rebuilding the engine that I had properly torqued everything down, so I often double and triple checked. Anyway...pulled the rods and they were looking good, except one wouldn't come out...it was jammed into the lifter (see below). I actually found two lifters where the oil metering disc and pushrod seat had come out. I retrieved the pieces, snapped them back in, checked to see if the rods were bent and torqued everything down. Started right up.

The milestone? Yesterday was the first day in 8 years I've ever driven this with all 8 cylinders (drove it a whole 3 minutes when I first got it and had no power) and man, did all that power feel nice! My boys were laughing at how I couldn't stop grinning all day. And being a nice day after the Safer At Home order was lifted in my county in WI, people were walking about and I got a lot of looks, smiles, thumbs up and requests for burn outs. Still needs an alignment bad (some squealing around corners and at speeds over 35) and fenders, doors, hood and core support all need to be loosened and re-aligned. And I'll still hand it over to my mechanic to do some final tuning. 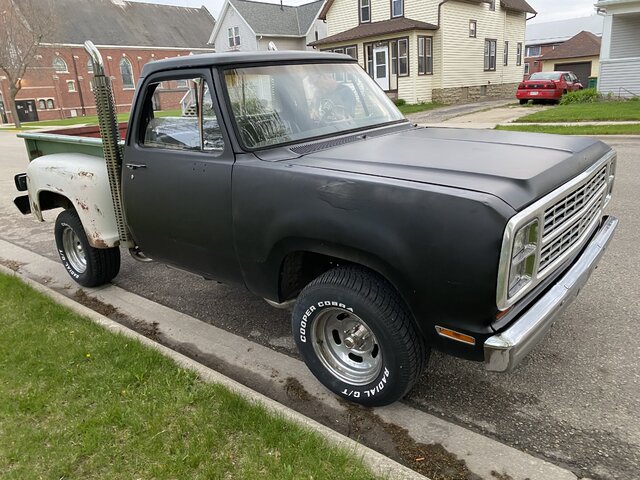 The color you see (particularly the hood) is what the final will be close to, satin black.

Got the truck in for an alignment. Took a video of Logan taking it in and realized it’d be cool to toss in the clip of he and I from 9/2011 when I first drove it. Video ends with him driving it back after and me following in the ‘04 Mach1.

I was perusing this entire thread. Answered some really important questions for me about fitment of a newer cab on an older rig. It doesn't look like a quick process to swap them over, but I think it's how I'll proceed. Glad to have seen this thread! Super valuable for me.

I was able to put pretty much everything on it that I had for my Lil Red. I used the dash, heater core, brake booster. The doors and fenders fit fine since they didn't extend that upper body line into the cab on '81 and later. The roof line is different and you can see it in an earlier post, but nobody's really going to notice that.

I had to do the following:
Probably a few small other holes here and there for stuff, but nothing big...man, those step drill bits are amazing for this type of work. 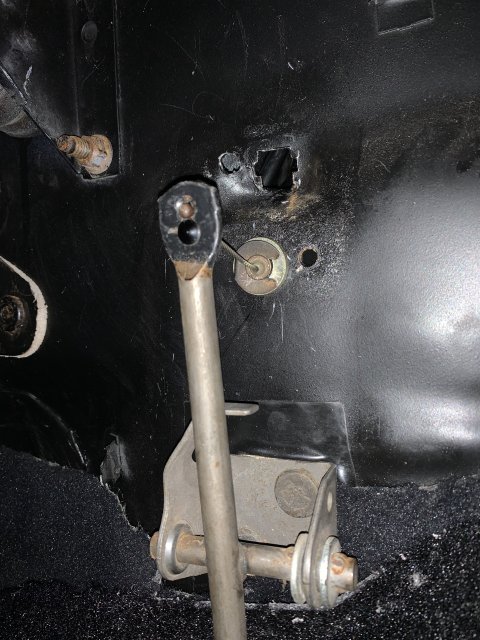 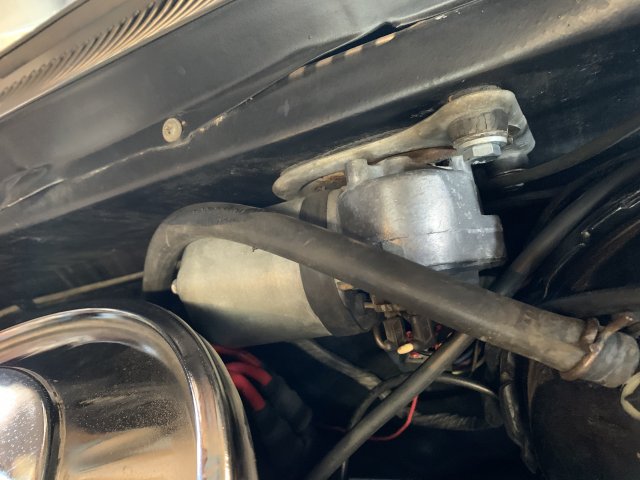 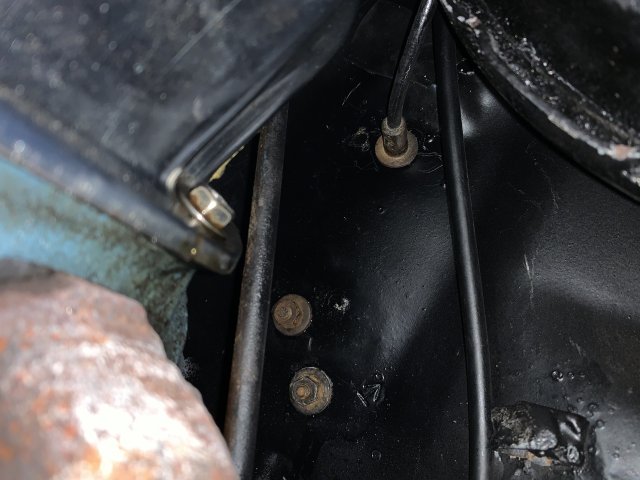 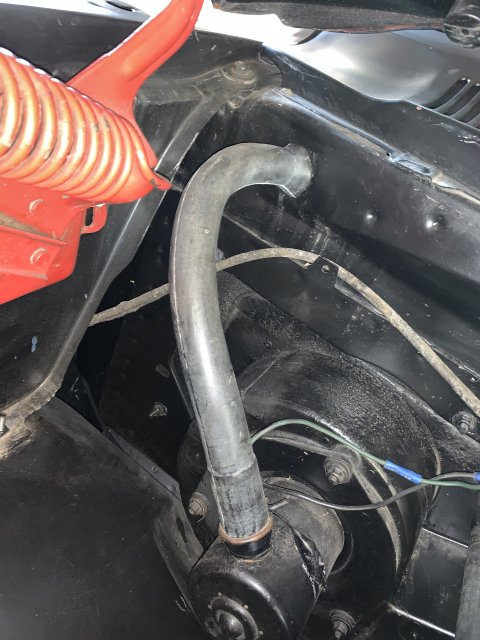 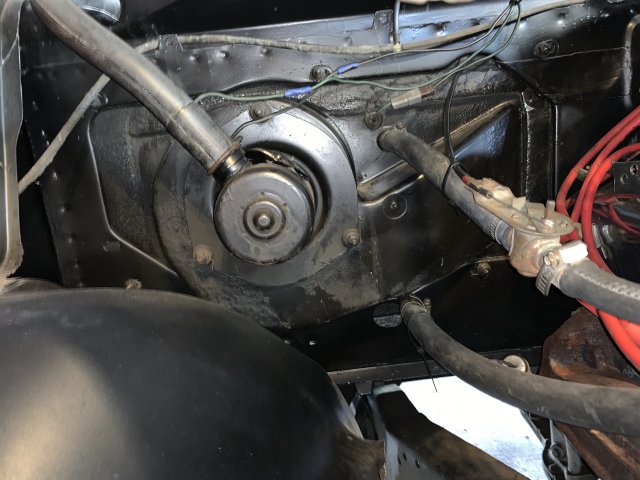 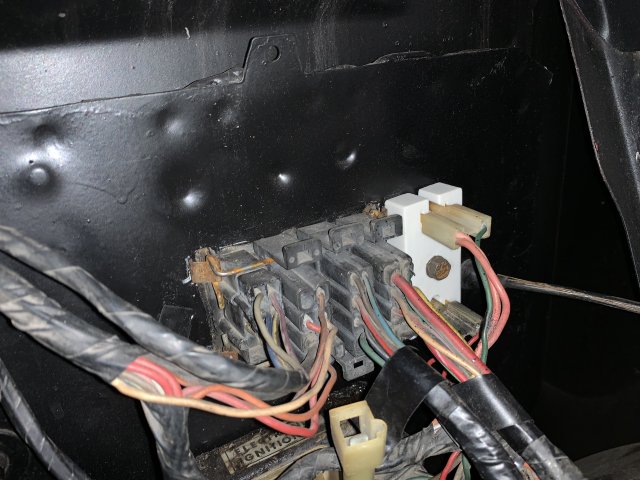 I found a guy that makes 6x9 speaker mounts for the back and also found a marine Bluetooth stereo to fit where a tach would go (didn’t want to cut up main dash). Also has a nice black cover to hide the technology. 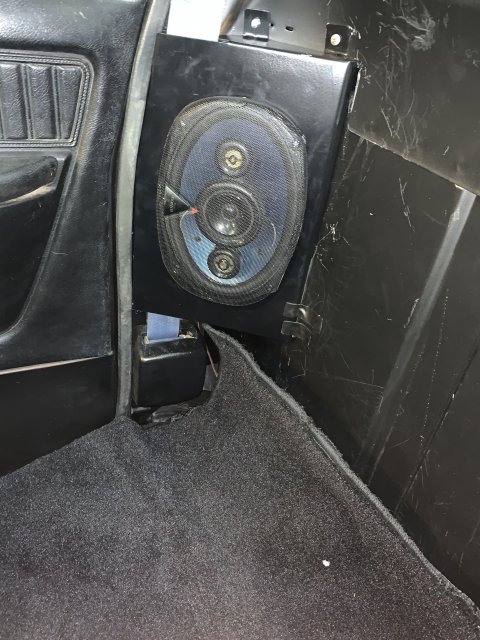 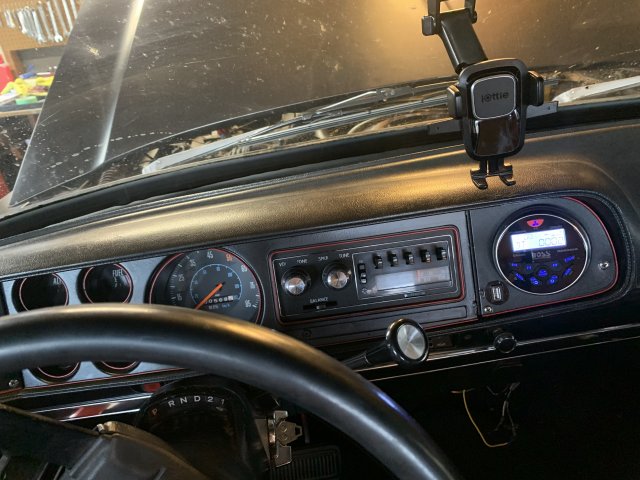 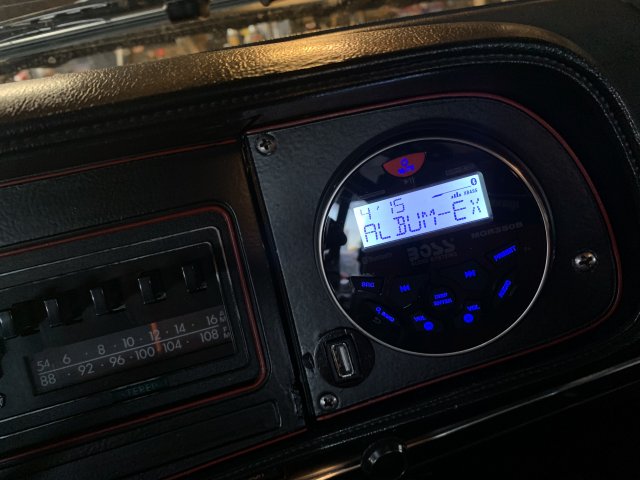 Got the interior wrapped up with new carpet for the 4x4 cab and put in the bed floor as well as the new wood for the tailgate.
I wanted to get as much done for the local car show. I was also testing screws for the side bed wood I got from the hardware store. 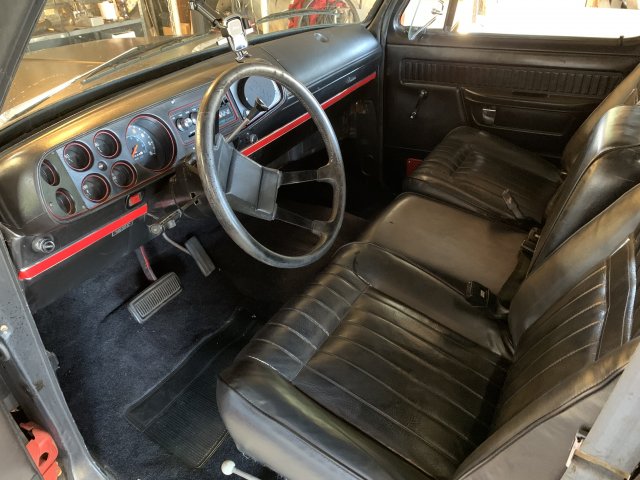 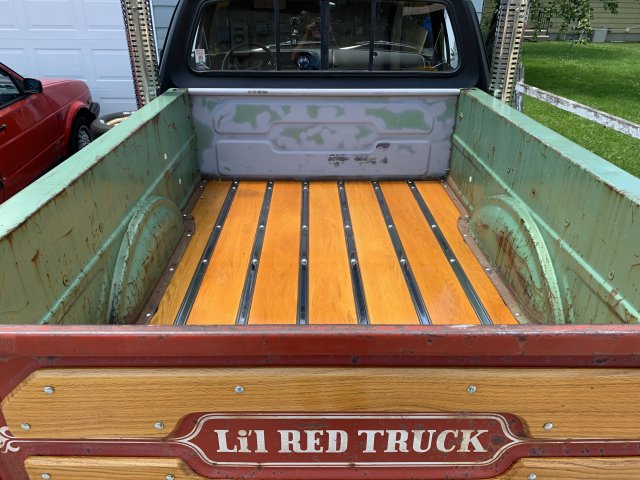 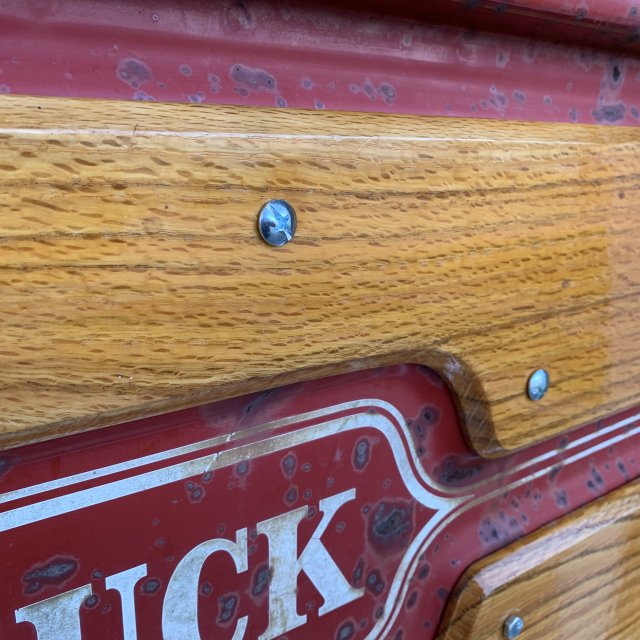 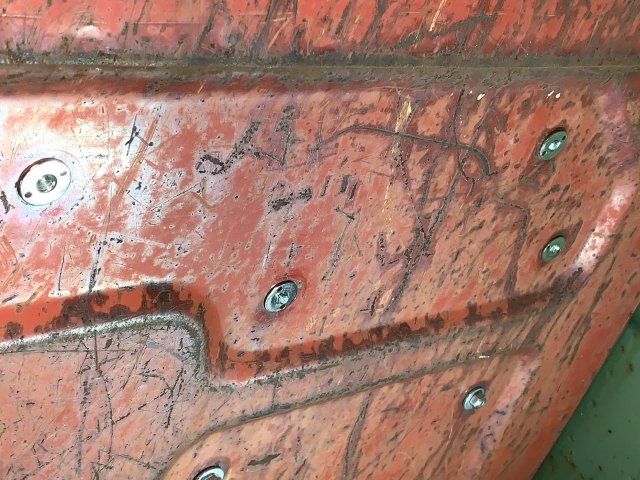 Car show was fun. Me and the boys also took our Mach1 and Volvo 240. Just happened to park back to back with a fully restored Lil Red...we never see Lil Reds in our area. 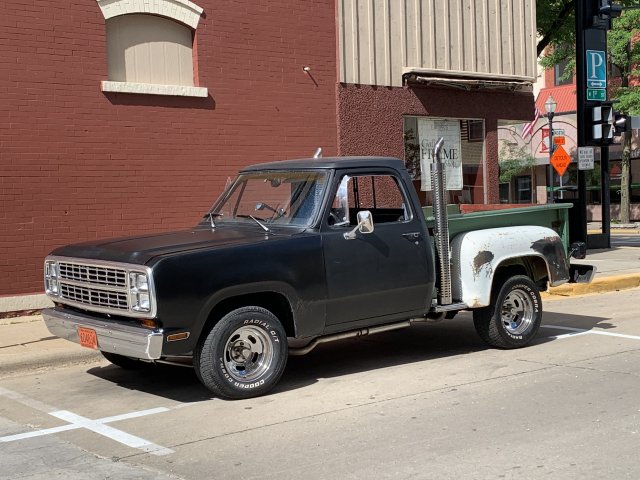 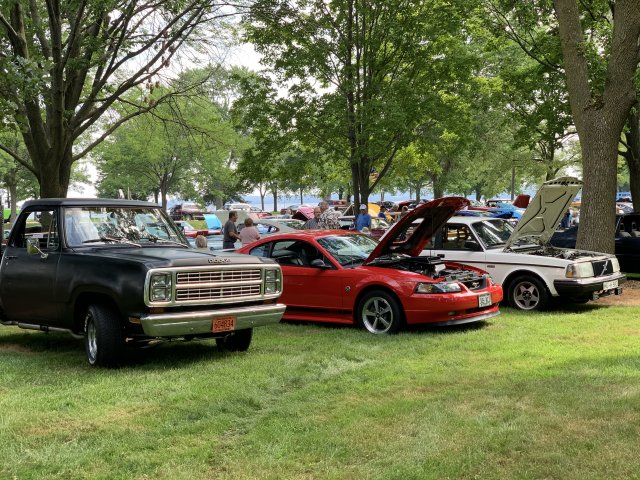 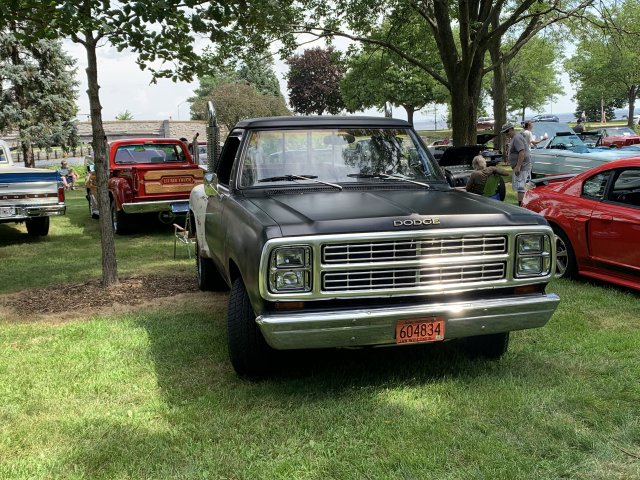 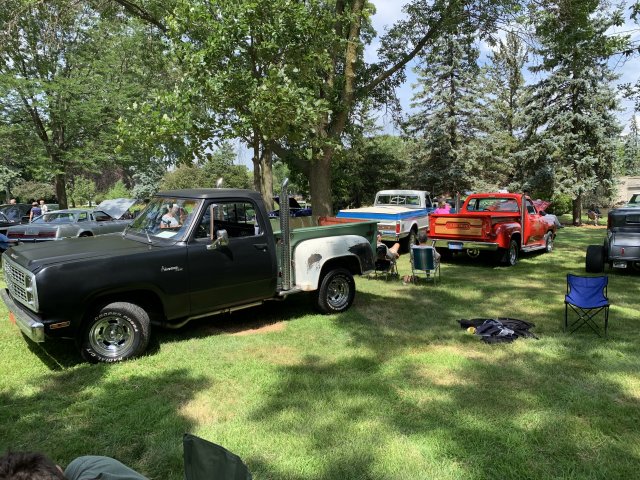 Did the bulkhead shape give you any grief on the firewall? One my dream list along a set of stacks is an older style dash like yours. Gotta say, I'd definitely would have looked at the restored Lil Red, but I woulda stopped at yours first.I always had a multi colored vehicle, and not used to having everything one color.

Basketcase said:
Did the bulkhead shape give you any grief on the firewall? One my dream list along a set of stacks is an older style dash like yours. Gotta say, I'd definitely would have looked at the restored Lil Red, but I woulda stopped at yours first.I always had a multi colored vehicle, and not used to having everything one color.
Click to expand...

No issues other than fitting the old heater core...which really didn’t require much other than a couple new holes. But the dash screwed right into place without any issues. 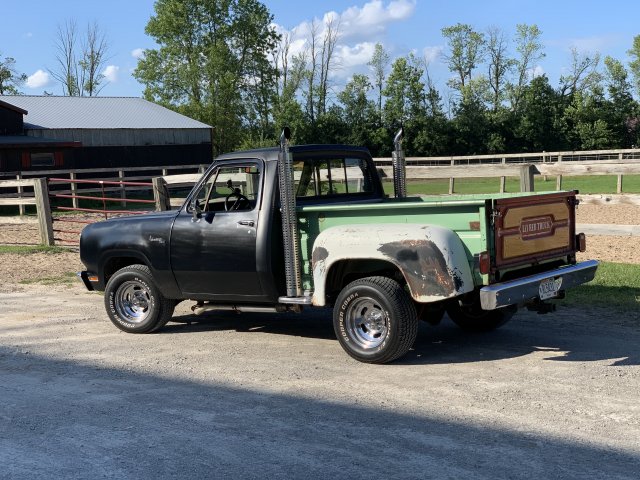 Got the door panel inserts in. Going to take the speaker grills off and just keep the edges red. 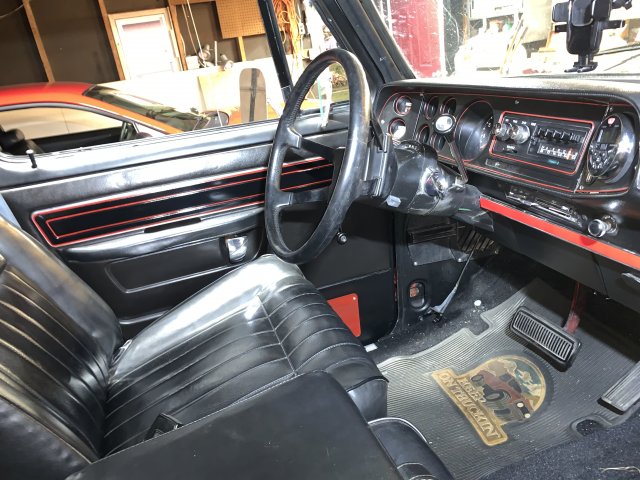 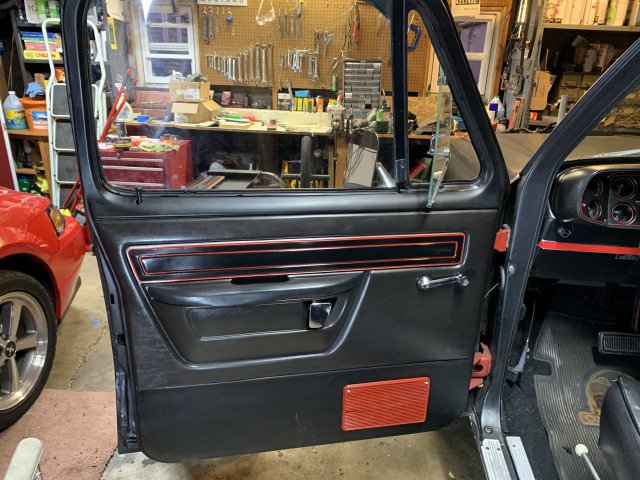 Finally burned out the bulkhead connector wiring from the alternator. It looked a bit burned already but with a flash and a zap that was the end of that. 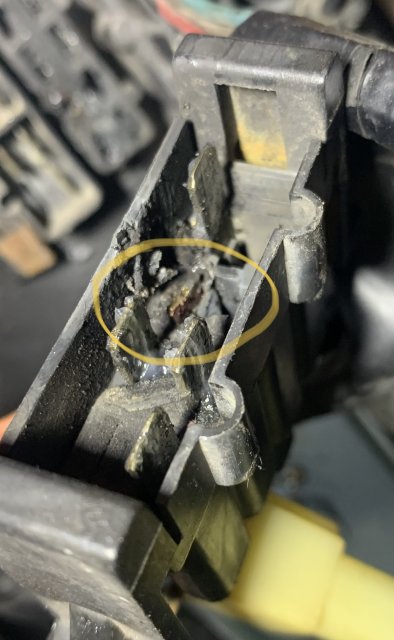 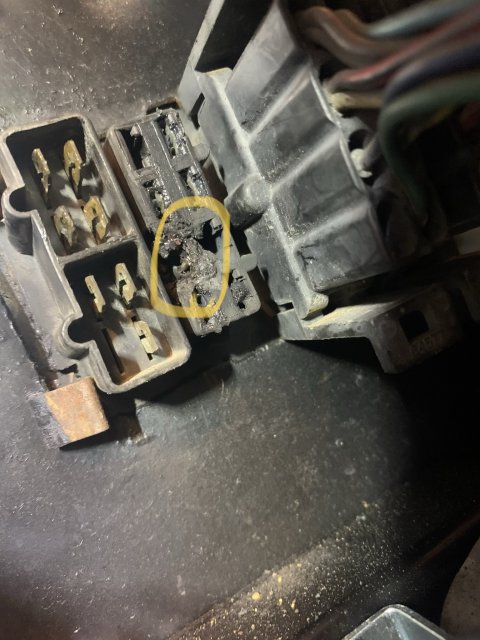 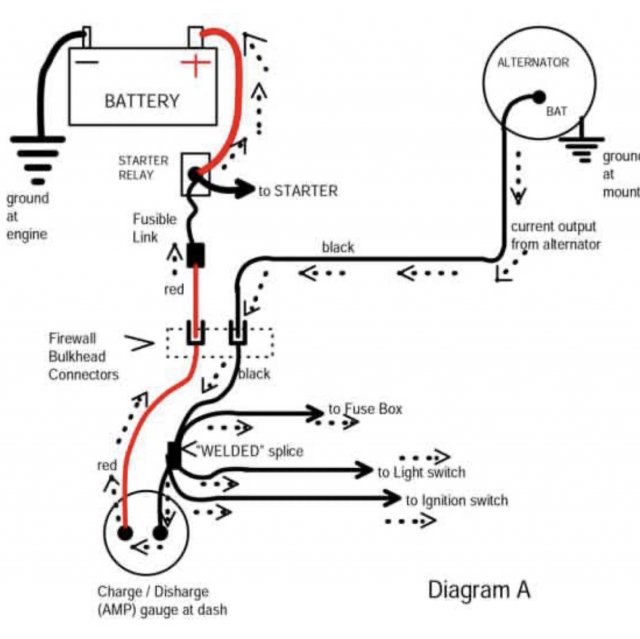 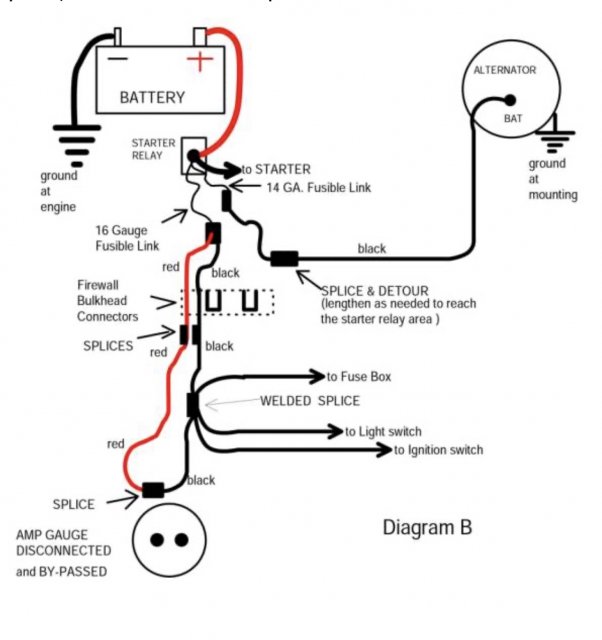 Followed these instructions to bypass the ammeter and rewire things

Ran wire through the bulkhead and spliced into the old wire 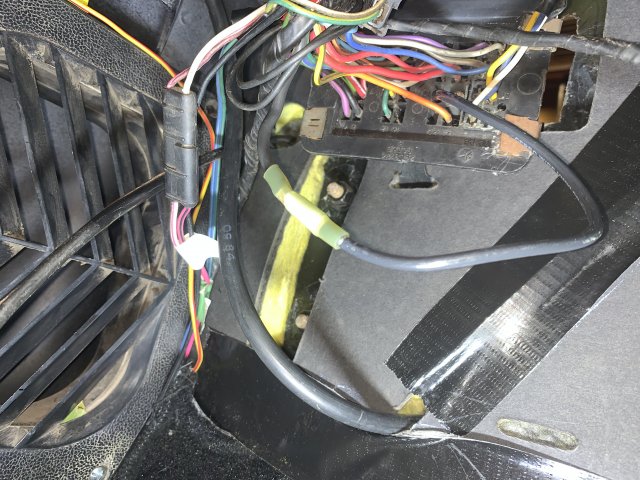 Spliced the ammeter leads with the voltmeter lead 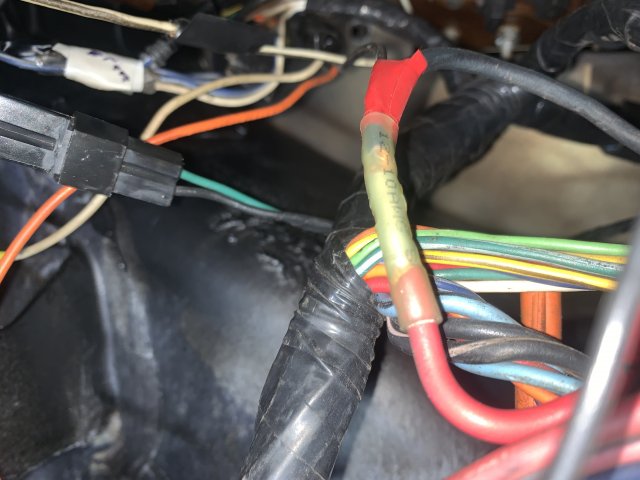 Spliced a terminal end to the ammeter line and tied into the starter relay. 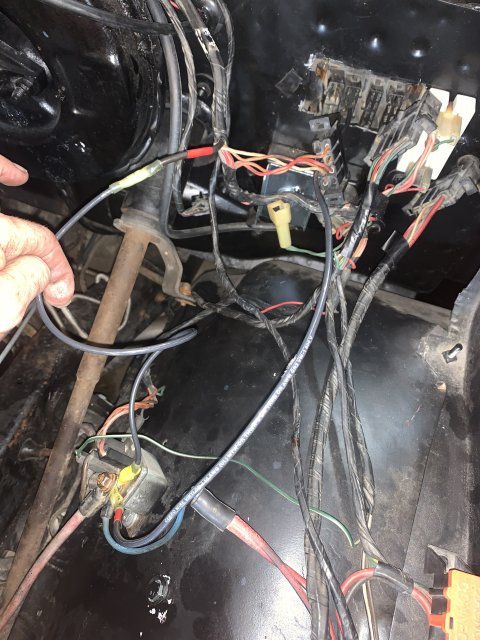 All lines terminating at starter relay 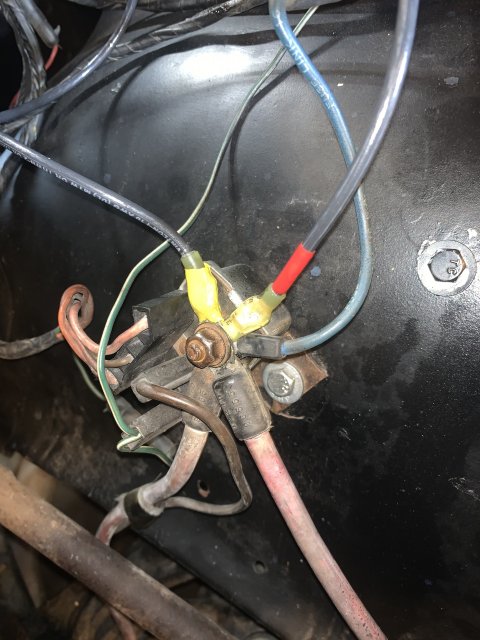 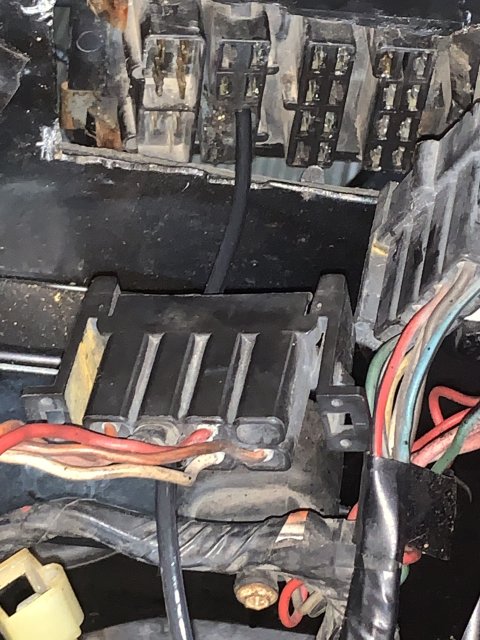