I have a 1992 Ford Ranger XLT 3.0 that I bought in December of 1994 when I was in the Navy. I needed something that was going to get better gas mileage than the 13mpg I was getting on the highway with my 87 Olds 442. (I still miss that car, though!). Sam (my Ranger) only had 15,035 miles on her when I got her. She's given me very little trouble, blowing out the rear main seal and the front pump seal within a few days of each other when I was on the highway over 1000 miles from home notwithstanding. She's only had one brake job on the rear since new and two on the front and she's still going strong. She has been all over the country, driving from central IL to OH and MI the first week I had her. I then drove her down to Millington, TN, where I was stationed in the Navy at the time. We then drove to San Diego, CA and from there up to San Francisco. We made a few trips back and forth between SD and SF, and then we moved up to Bremerton, WA. The whole time I was in San Francisco, we never went over the Golden Gate, but when we left Frisco for the last time, we went UNDER it! Figure that one out. We drove around the Seattle area for almost five years before we headed back to Central IL. And here we are 10 years later. She is almsot 20 years old now, and STILL only has about 165,000 miles!

She's a little dirty in this pic, but she still looks good for a truck that is almost 20 years old. 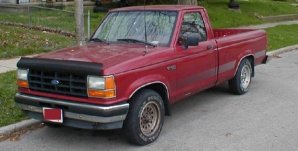 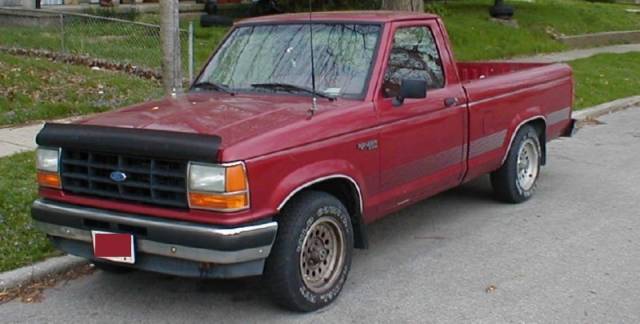 Thank you. I always wondered what it would be like to get in on a forum like this at the very beginning. I don't have much in the way of technical know-how as I'm not a mechanic, but I do have almost 17 years of experience as a Ranger owner so I will offer what I can. Glad to see another site like this starting up because the others that I belonged to were really starting to peter out. Thanks for starting this up Joey!

Sounds like Sam is a well traveled Ranger. And thanks for your service to our country.

Thanks! She's starting to show her age, though, which means I am going to have to either farm out some bodywork or get a jump on the learning curve REAL quick!
B

Sam looks good for the age!

You may as well learn how to do some of the body work, some of it is not all that difficult to do!
D

You may as well learn how to do some of the body work, some of it is not all that difficult to do!
Click to expand...

Thanks! Yeah, I have been looking at patch panels cause I have rust starting in the usual places (cab corners, wheel arches, etc.) but I also have some starting on the passenger side A pillar. That one worries me. I'm afraid that if left unchecked too long it could compromise my windshield's watertight integrity. Think I'm gonna have to do something soon about that one.
K

What a great car! It's still beautiful and i love old cars like yours.

Looks great. And although I am basically a fan of old cars, I still prefer newer cars. How do you like my car, I bought it with motortrader with 128 miles, so far I have hit 163 miles. Of course, she's not the newest either, but still. And yours is certainly cool. I understand she is on gas? 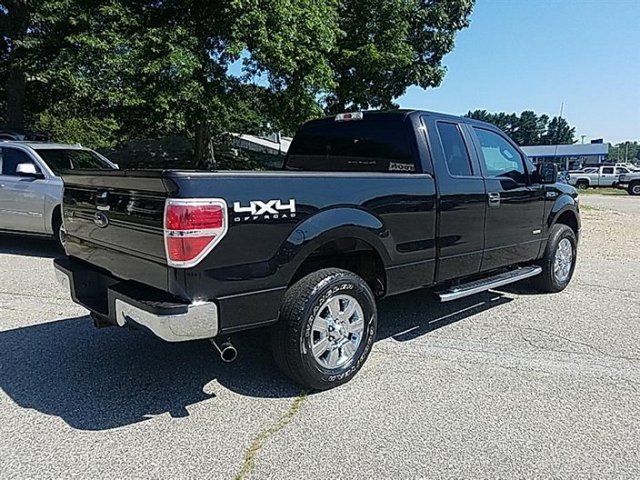