Well guys, I have to say all the woodworking an such posted, I thought about other hobbies I have.....

Having said that, I take and hunt down old MoPar valve covers, in somewhat useable shape for my project, an restore them to what they would be new-ish. Then use them as lamp shades! For different sort of lighting purposes.

One hunt, I found all sorts! I only (to date) have a few pics of one of them "as-found".

After the above pics were taken the first thing it got was cleaned with oven cleaner to remove oil and grease.....I then proceeded to wire brush the whole thing, with a wire wheel on my angle grinder to remove all the rust possible. Once that was done, and it was damn near bare metal, I again cleaned the whole thing with oven cleaner to get any remaining oil and grease off it. Be a much easier task had I had, a sand blaster but unfortunately, I do got one so its all done the hard way!

Then I look to tap out dents, and "shape" it as close as I can get without hurting or over denting the outer surface. IF need be then add Bondo to smooth it out. Once all thats done sanded to shape, and primered heavily.

Then it gets color treatment, just like a real car wet sanded between coats, until the last wet sanding is smooth to have yet clear coat applied to protect the painted surface. Can get up to 3 coats clear to get the desired look, I want. I don't have no finished pics ofthis particular valve cover, but its needing a 3rd coat of clear at the moment.

I do however have one thats finished. It was found the same day as the rusty ole MoPar 225 Slant 6 seen above in rust.

This valve cover tho, is gonna be a different sort of light. I'm going to use the baffles inside to mouth normal twist in bulbs, to have the smaller florescent bulbs in it, and then used as a "top" to a model car display case, for the model cars I build. -Ought to make an AWESOME display case, with glass shelving inside for the light to shine down through!

Then I found this:

And one for the lettering thats going to be placed on it:

It was in as bad of shape as the 1st one pictured! Actually, was a bit worse. The whole thing was going to be painted Hemi Orange till the work involved was more then I was willing to do, BUT for what it is I wasn't about to give up on it!!!! SO it got the wrinkle finish you see here that I sprayed myself to get the desired finish of a somewhat "factory" look!

This one is going to be a lampshade that will have a Florescent light fixture mounted to it VIA the inside (underside) spark plug boots I made (They're made from PVC). The light itself, however is going to be a floor standing one, that has a 1/4th scale RUNNING "clear" 426 Hemi as a "body" supported by an aluminum plate fixed to the lamp post.

Got a ways to go, but both these will make EXCELLENT lamps!

Great idea! My other hobby is waking up!

My other hobby is this heap!!!! 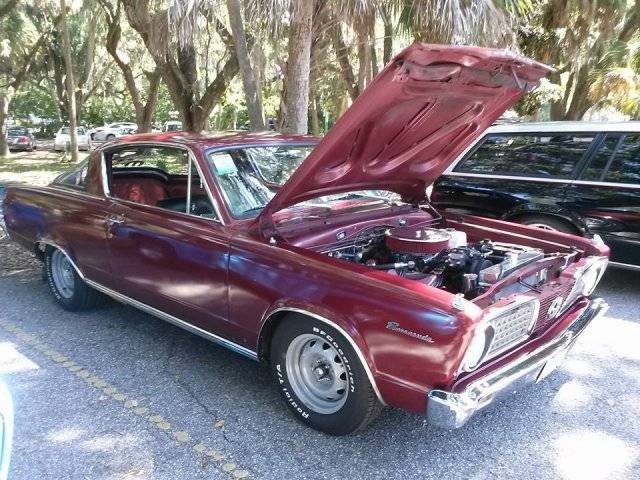 Ok besides waking up it is a 74 dart more door wit a 440 tight transplant! And beer! I do farm hops also! 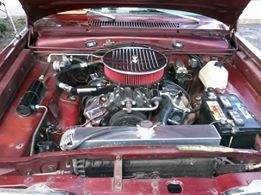 NIICE!!!! Your "touches" I must say are done with taste! Your welcome man, thats a nice ride!

I love seeing things like that, very cool! Someday I'd like to make a mailbox out of a axle housing and engine block????? Let them smack that with a bat!!!

747mopar said:
I love seeing things like that, very cool! Someday I'd like to make a mailbox out of a axle housing and engine block????? Let them smack that with a bat!!!
Click to expand...

I build working mans hot rods and have been told i have the eye [i suppose] i have built/rebuilt 9 cars since 89 in my little redneck shop. Just a few 69 C 10 - 78 Pontiac Lemans Wagon - 79 Impala 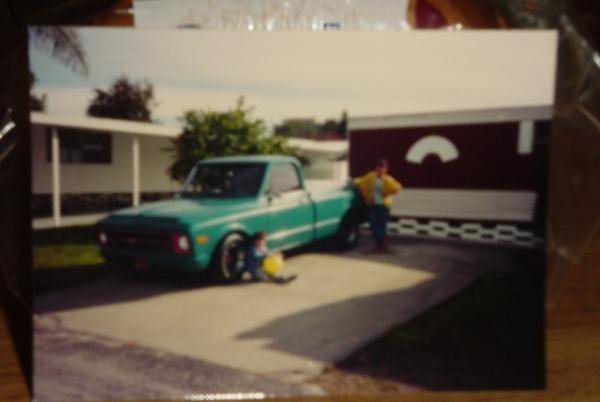 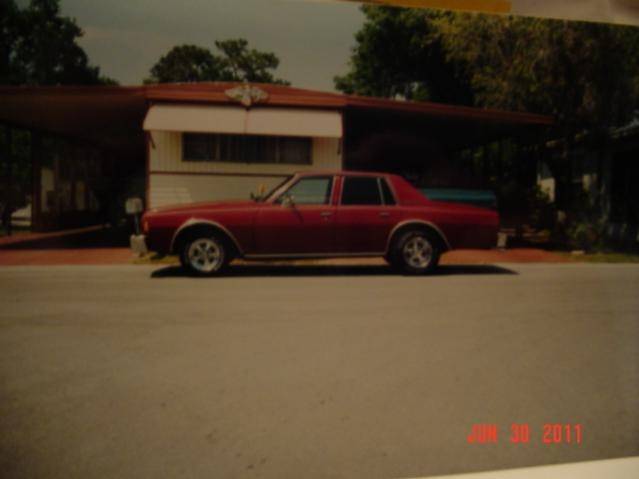 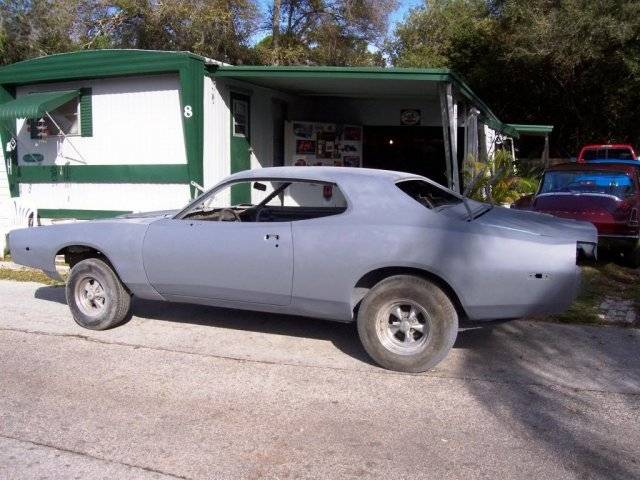 lou, I know the car in the last pic ISN'T complete, but for what it is, and look of it, it has some pretty straight lines. was the body work in bad shape or did you get lucky? -Looks good in the pic!

1973 Charger we picked up from a storage bin where it had set for 3 years untouched after the PO took it apart and lost intrest. It was a real bucket i replaced both trunk gutters [purchased parts], both the rear lower quarters and the forward lower quarters, remade the inner cowl on the drivers side, remade the inner fender structure on the drivers fender [rear lower], patched both lower front fenders, patched the trunk floor, remade all four window corners front and rear, remade the inner door sills at the rear corners,patched the trunk lid rear lower corners and filled the lock hole. All panels were hand formed by me and my home made metal shaping tools this took 2 1/2 years to do to this point on weekends and evenings after work, in the photo it was ready for high build primer. 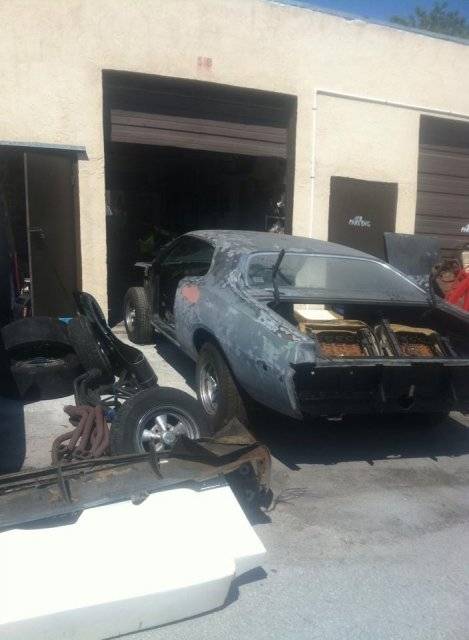 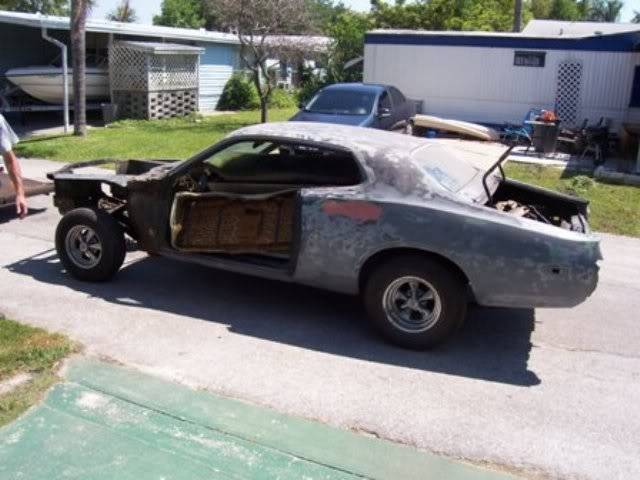 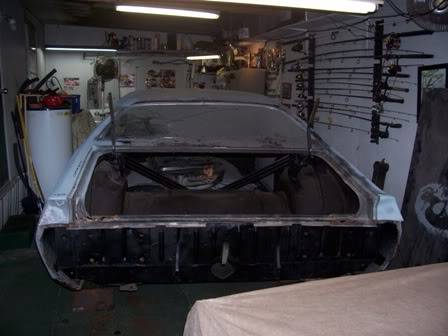 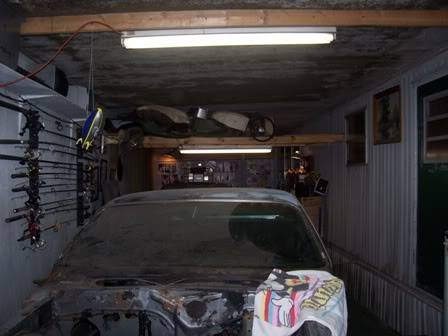 I hand stripped the entire car with a DA and 80 grit paper did metal work one area at a time till i was done, hand stripped the engine bay with a wire wheel and replaced the rusted out metal and filled the firewall [was an ac car but the PO threw away the ac stuff] we were going to go with an aftermarket system.

-SO, you had a bit of work tied up in the restoration of that ole Charger... NICE tho!!!! What plant went under the hood?

This a 440 with a 727 auto. [The PO painted it this color] Motor was compeletly redone new everything inside. 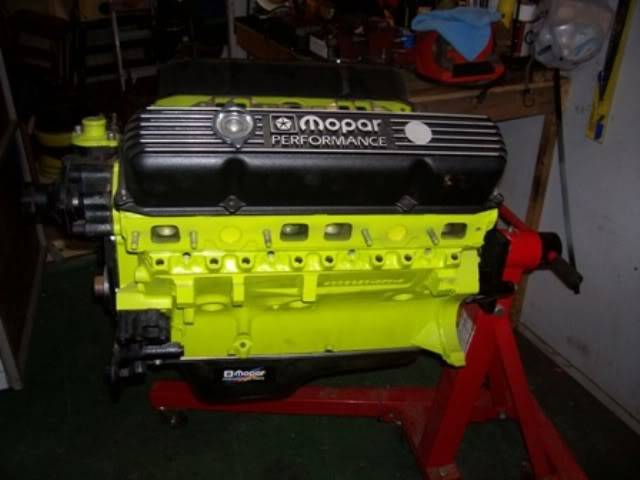 This was a father son project and we did get it into high build primer and block sanded ready for sealer and we had some extra stuff for sale some one came to but the extras and ended up buying the whole project unfinished so it went bye bye!!!!!!

lou, for what ya did it looked good. "ready" or paint!!!! I hope ya got a good price out of it for your efforts!

We made our investment back [you never get labor],as ya'll know you never get all your money back so we considered ourselves lucky. Thank you sir for the kind words. My next project is my 66 when i can talk myself into doing it. 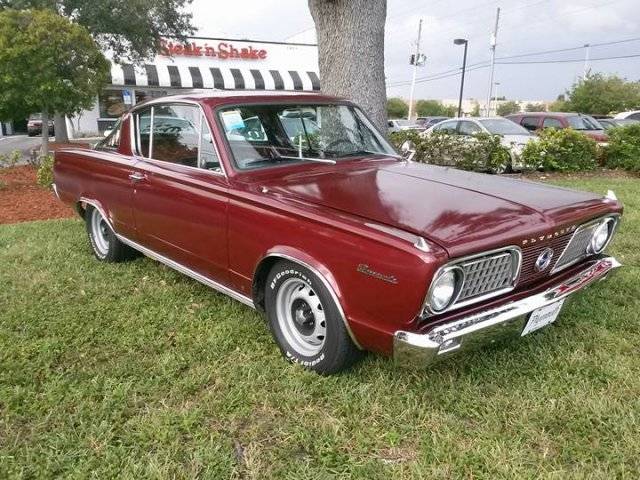