Hey everyone. I'm currently trying to get my 87 Chevy r20 5.7L TBI, 400T transmission. Currently have the 350 pulled and torn down, slowly putting it back together. Keeping the motor mainly stock for now. (just needed to get it fixed considering I blew it out racing around) My grandfather got the truck back in 2004ish from a police impound paid 150 for the junker lol. over the years we've been fixing what needed to be fixed just to keep it running, well about two years ago I decided to race this little honda and I was doing pretty good until I blew out the drivers side front frost plug and lost all water and blew the head gaskets and cracked both heads. I noticed something was wrong when I couldn't get anymore speed out of the truck laid off the pedal and got off the freeway well while I was pulling off the freeway I saw a cop in my rearview with nothing but smoke covering his car...(ooops?) he drove by me shaking his head thankfully didn't pull me over I got into a parking garage parked it and saw some oil dripping down and just smelt a burnt up truck. Got it towed home the next day got to work replaced the frost plug fixed a melted wire. put some water in the radiator tried to turn it over. Well that was no good considering my cylinder was filled with water from just freshly adding it, pulled the spark plug and pushed the water out by cranking the motor and that was the end of it.. Here's some pictures of the truck and the motor rebuild so far. 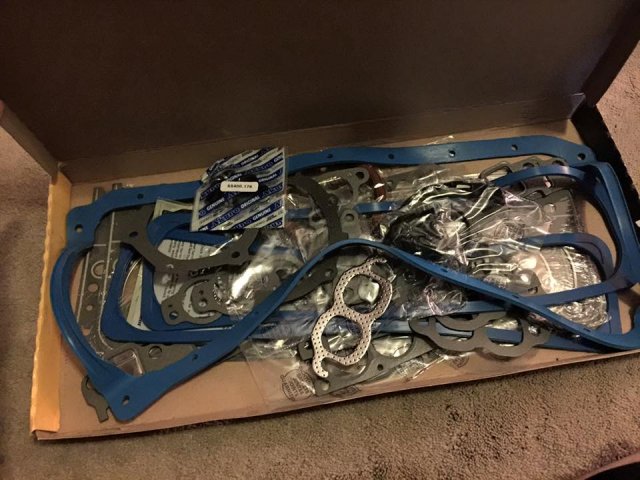 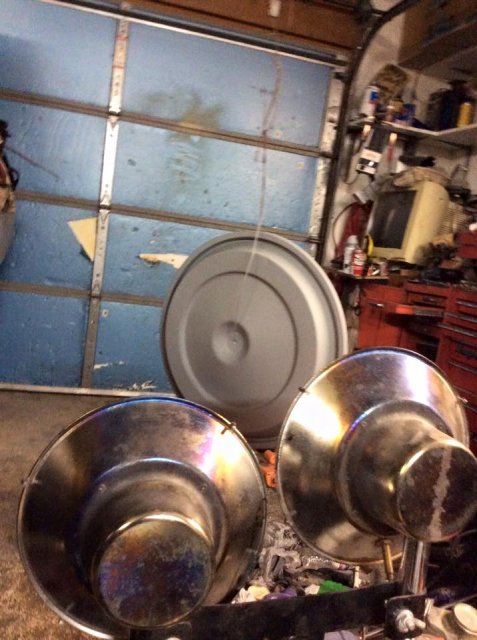 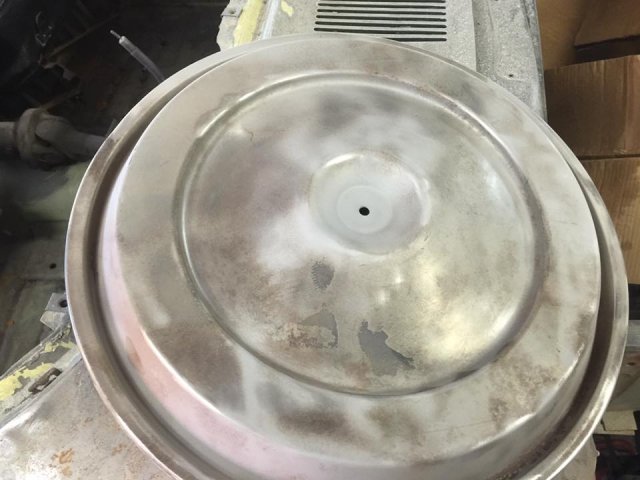 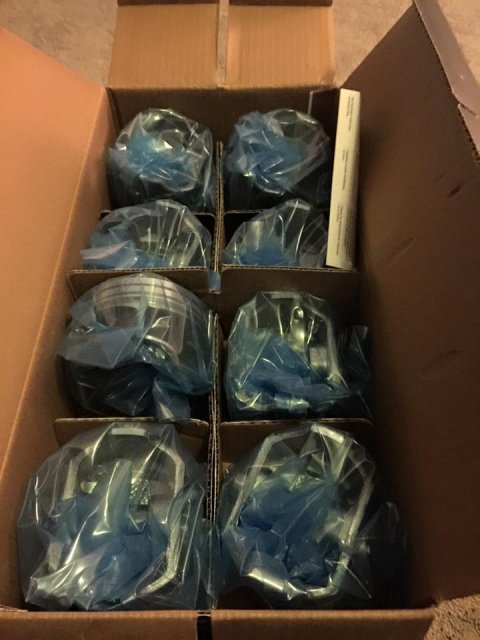 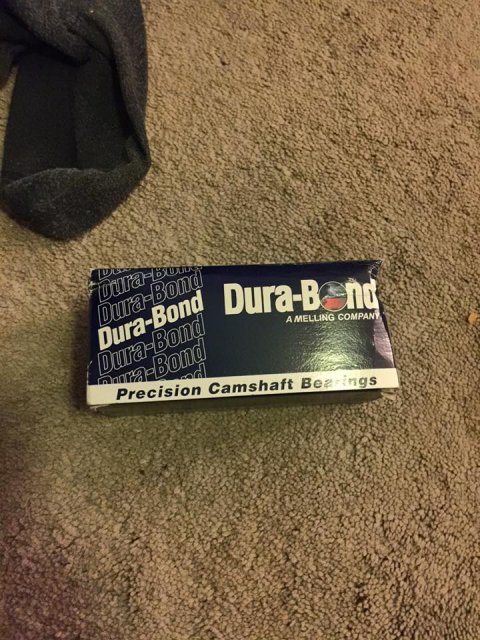 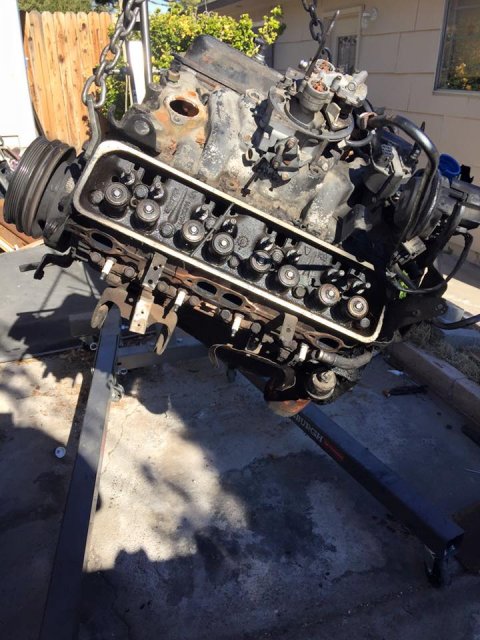 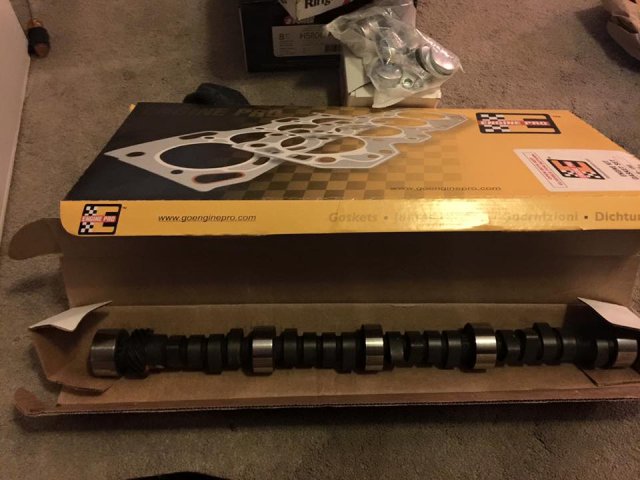 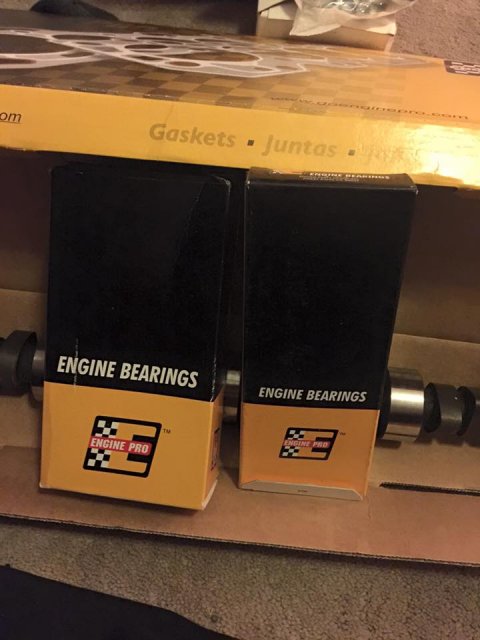 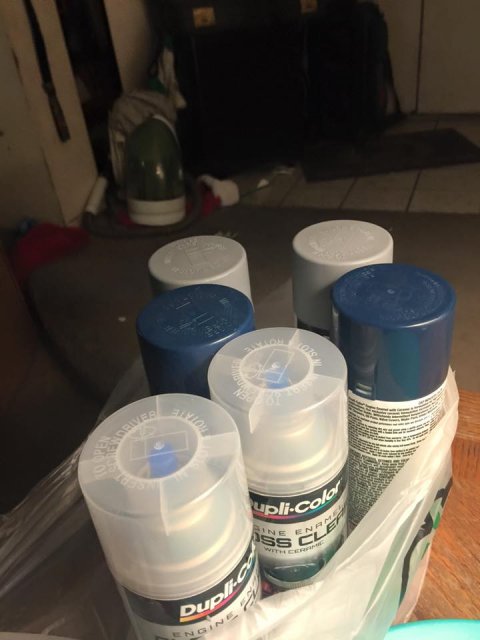 Chevy Truck Names: What the Heck Do They Mean? - 1A Auto Blog

Just took the Chevy's connecting rods to the shop to have heated and press out the old wrist pins to put on the new pistons. Hopefully they'll be done tomorrow so I can start throwing the motor back together!

Quick update, went out into the garage last night got the crank in boy does she sure spin nicely fully installed, was getting ready to start on the lovely cam bearings broke out my cam bearing tool and I'm missing a piece of the tool! Well we've looked everywhere so its time to take the block and the bearings back to the shop to have installed for 65 bucks. Decided I'm gonna paint the motor an old ford blue, Yeah I know its not a chevy color, but I like it better than the orange and chevy blue. I'm going to do the Block Old Ford blue. Pan/valve covers glossly black. not sure what I'm going to do about the intake yet, I'm open for some ideas. Should I put the intake to black or to blue?
Last edited: Apr 18, 2016

Just a question , but why would you want to paint the heads a different color then the block ?

bear said:
Just a question , but why would you want to paint the heads a different color then the block ?
Click to expand...

Oops re read that, its meant to be the valve covers* but a friend of mine did something close to this with his 85 chevy and it looked pretty sweet.
Last edited: Apr 18, 2016

I wouldn't choose black as it looks kind of too basic, well it's up to you of course. The only one thing I would recommend is to use a high tempirature proof paint. Like this VHT® - Flameproof™ 11 oz. Very High Temperature Coating at CARiD website
It can withstand temperatures up to 2000ºF
Last edited: Apr 25, 2016

68GTX440 said:
Oops re read that, its meant to be the valve covers* but a friend of mine did something close to this with his 85 chevy and it looked pretty sweet.
Click to expand...

How about this ? Blue block ( including heads lol ) , blue intake , black pulley's , brackets , and oil pan , and strip and paint the valve covers aluminum color with a gloss clear coat ?

What does everyone recommend for cam bearings and what position to install them in? Cause everyone I've talked to says follow the oil guide then some say don't and go for 3 o clock, big old confusion lol. the ones that came with the over haul kit all fit besides two. one won't even fit the cam the other falls out of the block no matter where I try to put it.

I put them on the cam first. The fifth bearing didn't fit the back of the cam or the front. the rest worked, but the first wouldn't sit in the block it was free moving.

I'm thinking wrong kit . Maybe you should contact the company you got it from and see what they say about it .

its been over four months they only give a month to return or complain, but oh well I'll just go down to a local machine shop and get some new bearings, was just asking to see what everyone recommends for bearings since I had this bad experience with dura bond.

You might not get anywhere , but I still think it wouldn't hurt to give them a call and explain the situation . I built a 360 a few years ago and I found out when I finally got to the actual build that the company had sent me a kit for a 318 , not a 360 . It had been a few months but I called them and explained everything to them over the phone . They not only made it right and sent me the correct kit at no extra cost , they told me to keep the 318 kit for my troubles . In turn a few months later a buddy of mine had a very tired 318 in his truck and he had little to no money for the rebuild and I gave him the kit that they had given me . It turned out to be a win , win all the way around . Other then I had to help him rebuild his motor myself . lol

lol I'll give it a shot, but ebay people can be real jerks.

Oh Ebay . .... Well I think it's still worth a shot . Just tell them your not looking for your money back or anything , just the correct bearings . See what happens .

bear said:
Oh Ebay . .... Well I think it's still worth a shot . Just tell them your not looking for your money back or anything , just the correct bearings . See what happens .
Click to expand...

I agree. Won't hurt to send an email to the seller. Worst case you hear a "no".

Speaking of ebay . Here's a warning for you guy's . There's a company on there called GearHead . I will never even consider getting anything from them again . I bought what was supposed to be a Lokar cable set up and it ended being a cheap knock Off .

Called them on friday they apologized, but due to the warranty only being a 30 day they're not able to do anything went a head and bought some standard cam bearings from rock auto along with some new push rods, I was just going to try to clean mine up, but what the hell may as well replace them all for 20 bucks.
Last edited: May 1, 2016
You must log in or register to reply here.
Share:
Reddit Pinterest Tumblr WhatsApp Email Share Link
Top